A procedural platformer that just gets messier and messier...

In Messy Mechanics, you play as a mechanic who's desperately racing to fix as many washing machines as possible before the crippling depression sparked by his dangerous blue collar job catches up to him and swallows him deep into the abyss.

Each time you complete a level without getting engulfed by the darkness, a new RULE will be generated. These RULES will reassign the game's blocks so that they have different effects. As these RULES stack up, the game will get harder and more complex. See how high of a level you can reach before succumbing to an existential crisis!

Everything here was made by me: code, art, (most of the) sound, and the music :)

Kept not expecting player bounding box to be a circle instead of rectangle (thus stucking on ledges, where some of traditional side-scrolling games would slightly move player up) and dying from spikes when moving from direction where they could not physically hurt in real world, but overall this kind of game looks interesting.

Seeing more mechanics and multiplayer would be fun here, but I guess randomly generated world might limit the amount of possible mechanics if these won't be well-thought first. 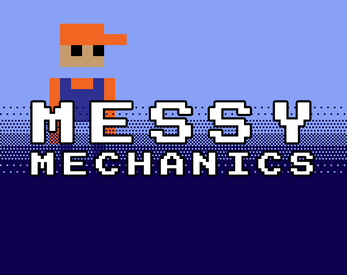